by EliaG
in All about Baby!
28 shares

Babies are so magical and sweet. However, did you know that they’ve got some amazing stuff going on that will blow your mind? Check out some Insane (but true) facts about babies. Some you may have known already but I guarantee some you won’t believe! 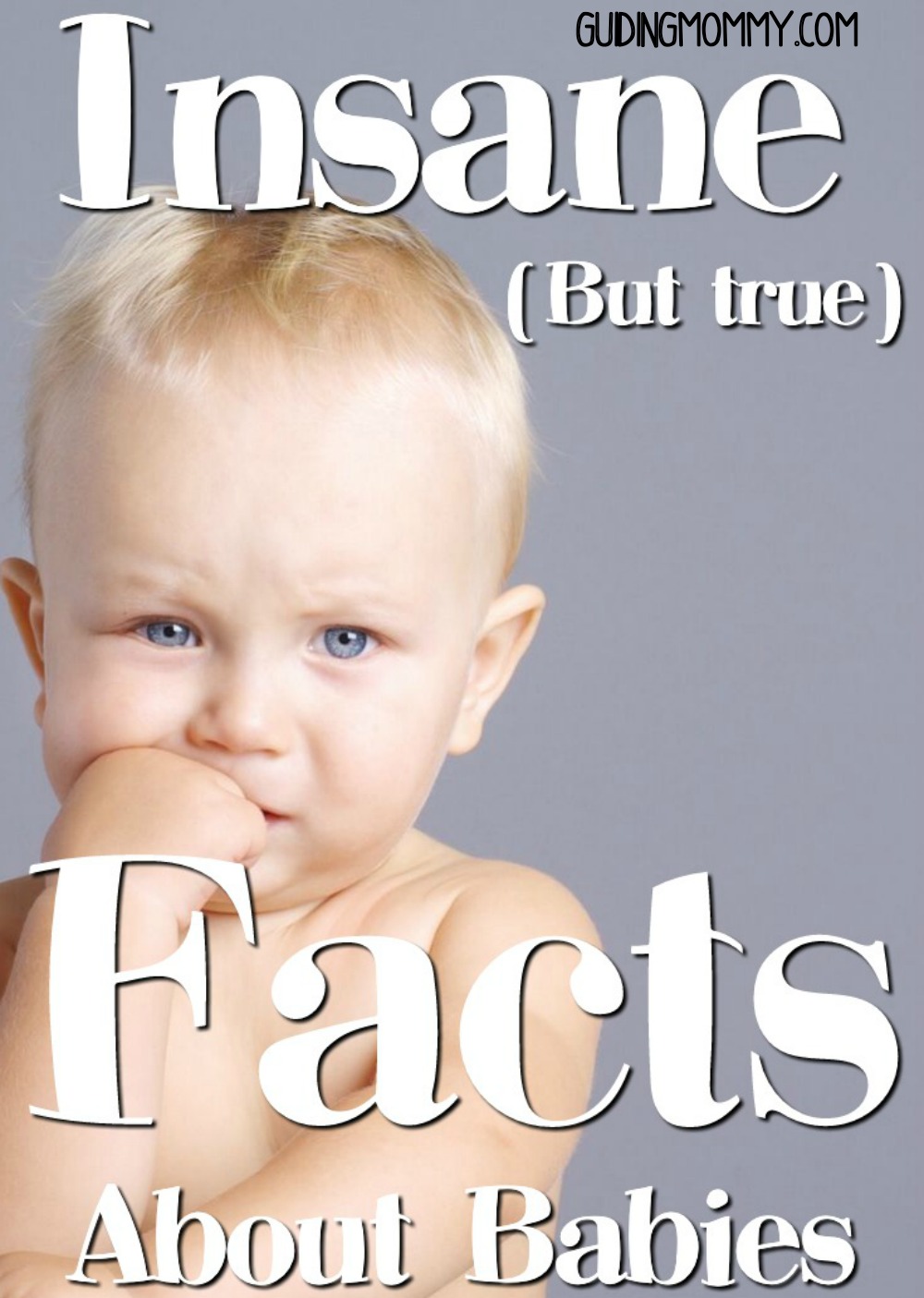 Babies are simply amazing. I know that every time they get placed in my arms I am simply blown away by their beauty and magic.

Although we all know how special and magical babies are, did you know there is Science to back up how incredible babies really are.

Although we’ve grown accustomed to see babies and for many new parents exhaustion prevents you from experiencing some of this magic.

There are some Insane things going on as your baby grows through their first year. So read on to check out some of these things.

Insane (but true) facts about babies

Contrary to popular belief brand new baby poop actually doesn’t stink. The black, tar-like stuff called meconium is made up of mucus, fluid from the womb, and anything else they digested while inside mom.

But it doesn’t yet have the gut bacteria that make poop smelly. As soon as you start feeding a baby, bacteria will start colonizing their intestines.

After a day or so, bowel movements become green, yellow, or brown — with that familiar odor. So yes in the end it does stink but at least the first diapers won’t be stinky.

Although the first thing you think about with babies is crying.

Babies actually don’t shed any tears until  they’re around 8 months old, The reasons is because their tear ducts aren’t fully developed yet; they make just enough moisture to coat the surface of their eyes.

Even after that, babies don’t cry just when they’re sad or in pain; they do it to communicate, too.

Their stomachs are actually the size of a shooter marble at birth. Many parents get worried that mom isn’t producing enough milk at first. Especially if you have a baby who gets jaundiced and needs to get that stuff out. However, babies stomachs are so tiny what you produce is usually enough for them. 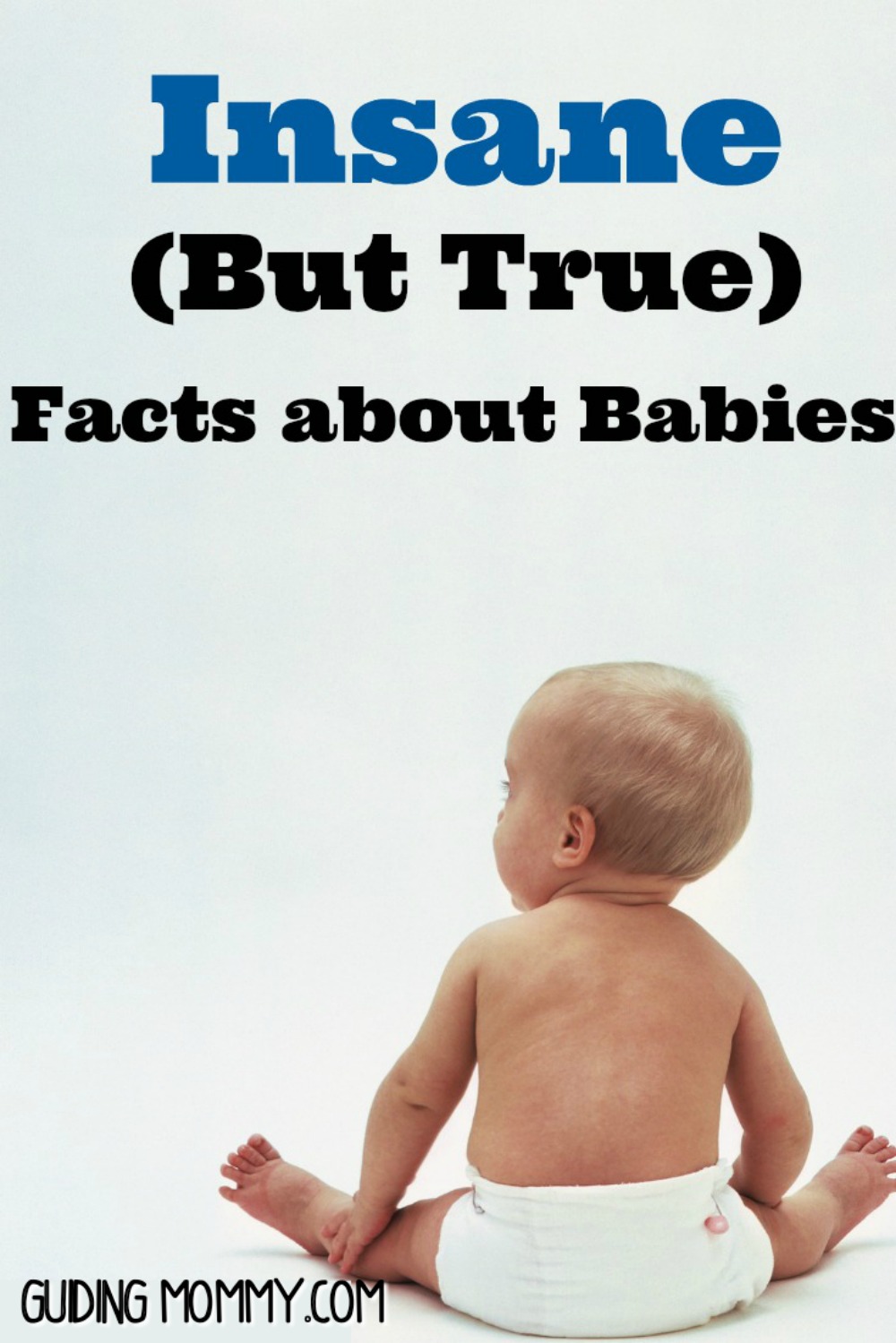 Babies Are Born to Dance.

Did you know Babies can actually move in time to music even before they learn to speak, new research shows.

Babies love a beat, according to a new study that found dancing comes naturally to infants.

The research showed babies respond to the rhythm and tempo of music, and find it more engaging than speech

Babies are blind as bats

Maybe not bats but Infants are born color blind and slowly start recognizing color after a couple of months. There’s a neat tool to see how well babies can see here.

But what’s impressive is that just because they are  blind but they can actually tell who their mother is.

Babies can smell their mom out of a crowd.

Did you know your baby will recognize your scent within days of birth. Researchers have found that 3-day-old infants are able to discriminate their mom’s milk from someone else’s by its smell.

And not only does your baby know your scent, they can smell it from two feet away.

Did you know babies go through around 3360 diapers in the first year. I chose to cloth diaper most of my babies helping with this expense. That being said there are many ways to save on disposable diapers  or get free stuff for babies.

Either way that’s a lot of poop to clean up.

Babies are Stronger than a locomotive

Ok, well maybe not a locomotive but they are so strong. Their  grasp is so strong that it may be able to support their own body weight. It is because of the reflex called the palmar grasp.

Newborns have natural aquatic instincts when in water! A reflex called the bradycardic response makes babies hold their breath and open their eyes when submerged in water.

Parents can cause this same reaction by blowing in their baby’s face, a response that disappears after about 6 months.

That being said don’t bring out the swimsuit yet, this is just a reflex which means they can’t just be tossed in a pool. There are ,however, classes available to help your little one learn how to swim at an early age that are pretty impressing.

Babies lose the hair they are born with.

Babies often lose their hair during the first six months. This kind of hair loss is called telogen effluvium. A newborn’s hormone levels drop right after birth, which can cause him to lose the hair he was born with.

I’ve had a few kids born with what looked like black lego pieces at birth over their hair only to be bald within a few months. Just one of the things that make babies so fun and different.

Likely when they’re sleeping, they may pause without a breath for 5 to 10 seconds — just enough time to make parents panic.  Believe me.

There were times I panicked and called the pediatrician. However,  Irregular breathing is normal and babies tend to breath a little faster than older kids and adults.

That all being said,  if your baby starts turning blue or they stop breathing for a longer time ,it’s a medical emergency. When babies are excited or after crying, they may take more than 60 breaths in a minute.

Babies are born with 300 bones.

Babies are born with about 300 bones. However, they eventually fuse together to form the 206-bone skeleton of an adult. However, some of the “bones” in a baby’s body are not really bone at all, but cartilage.

What’s even more interesting their tonsils have taste buds. Although a baby has about the same number of taste sensors as kids and younger adults, they cover more areas, including the tonsils and the back of the throat.

A newborn can taste sweet, bitter, and sour, but not salty (until around 5 months). It’s a matter of survival:

Breast milk is sweet, while bitter and sour may be harmful. When they start on solid food, they’ll tend to like the same things mom ate while pregnant and breastfeeding.

Babies grow at an a crazy fast speed.

Generally, Babies double their birth weight by five months and triple it by the first year. They also grow about 1 to 1.5 cm each month. If they kept this rapid growth up, by adulthood, babies would measure in at 157 feet tall!

Quite literally. Believe it or not the Moro reflex is baby’s first attempt to protect themselves from harm. It’s when you see a baby throw their arms as if they’re startled.  It’s present from birth and is a sudden loss of support, when the infant feels as if it is falling. It involves three distinct components:

This startle reflex will ultimately disappear around 4 months old. But interesting to think that this is the baby’s first way of protecting itself.

Did you know Babies are actually born  without kneecaps. They are made up of soft cartilage that hasn’t yet ossified into bones, so their “true” kneecaps don’t show up on x-rays until somewhere between two and six years of age.

When they’re first born, both boys and girls can look like they have small breasts. These may even leak milk! Don’t squeeze or poke them though.They form because babies absorb estrogen from mom, and they’ll usually go away within a few weeks. Baby girls could also have a mini period or vaginal discharge that lasts a few days. Crazy right?

Some birthmarks will disappear.

“Stork bites” or “angel kisses” (a pink or red area often on the forehead, eyelids, bridge of the nose, or back of the neck) and Mongolian spots (flat, bluish patches that look like ink stains on the back or bottom) usually fade within a few years. We don’t know what causes them.

A bright-red raised “strawberry” hemangioma comes from fast-growing blood vessels. These birthmarks appear over several weeks and can take years to go away.

My #5 was born with a strawberry hemangioma that appeared a few days after he was born. 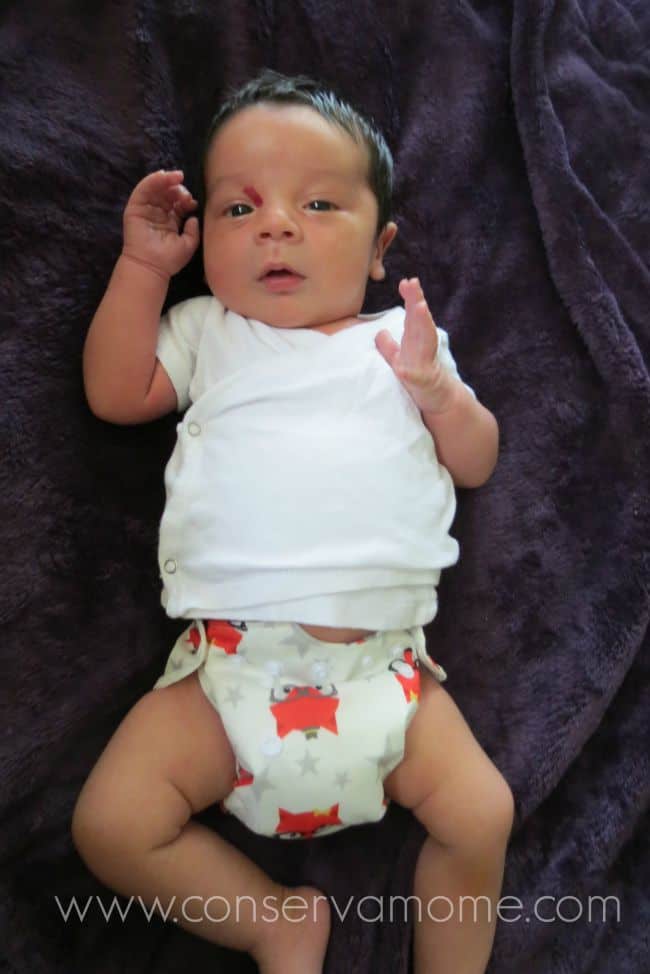 It stayed around for a couple of years and now that he’ almost 4 you can barely see it. 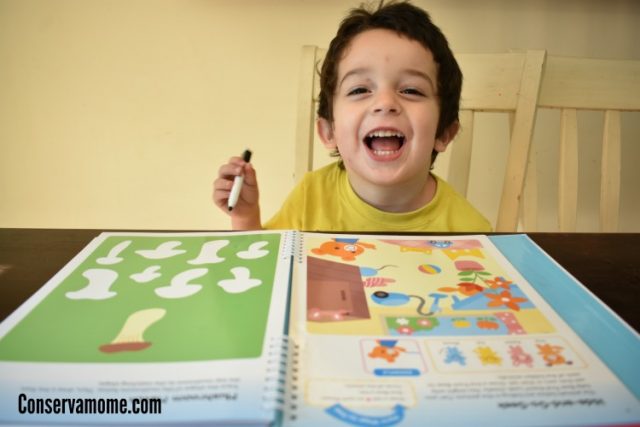 Up until 7 months old, a baby can breathe and swallow at the same time. At birth, the epiglottis and soft palate touch during quiet respiration with the mouth closed. During breastfeeding, the larynx elevates which allows the epiglottis to interlock with the soft palate.

Babies really are fascinating little creatures. It’s no wonder with all these amazing facts!  Looking for more amazing facts? Check out Insane (but true) facts about toddlers

This site uses Akismet to reduce spam. Learn how your comment data is processed.

This error message is only visible to WordPress admins

Please go to the Instagram Feed settings page to create a feed.